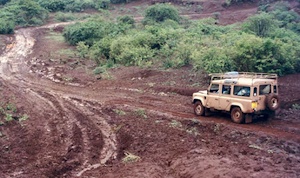 Tourism stakeholders in the country have observed that Traffic jams, delayed airport procedures, slowed visa processing at the entry points as well as lack of a national airline are some of the challenges halting the smooth development of the tourism business in Tanzania, .

Talking to participants at the Tourism Facilitation Committee meeting held in Dar es Salaam not too long ago, Ms. Maimuna Tarishi the Permanent Secretary of the Ministry of Natural Resources & Tourism, agreed with stakeholders that dependable air services, particularly direct flights into Tanzania could bring in even more tourists.

Development and success of this business is dependent upon collaboration between the related industries. Upgrade of transport services in air as well as on the surface, excellent hotel services, assured security plus hospitality are some of the challenges that should be addressed.

Ms. Tarish added that every industry has a role to play for the predicted success. the Members of the committee concurred with the Permanent Secretary and said the perseverance to get rid of shortcomings such as traffic jam, bureaucratic customs procedures at the local airports as well as the requirement for the establishment of a powerful national airline would undoubtedly encourage more tourist arrivals.

It was discovered that most of visitors for instance coming from Scandinavian countries, the US, Asia, Canada, Europe along with other continents were required to fly to adjoining Kenya and then cross the borders into Tanzania, the trouble that could have been shunned if there was an operational national carrier.

Seasoned tourism business stakeholders claimed that the majority of the visitors are as well concerned with the condition of infrastructure together with other facilities including roads inside the national parks, water supply as well as the toilets.

Some other people are not satisfied with a number of facilities at the airports that don’t work well including air conditioning equipment, lack of credit card services plus undependable internet access in the majority of the tourist hotels.

By means of cooperation all difficulties can be handled effectively. Opportunities are available for speedy development of this industry that can add more than the present 17 % of the country’s GDP.

Ms. Tarishi emphasized that Progression of the business within Tanzania requires active participation of all the involved stakeholders. Cultural tourism is an additional potential area of development and broadened tourist destinations which the government has concentrated on.

The general average duration of stay was ten nights and guests from Canada plus Germany stayed the longest recording an average of thirteen nights then those from Switzerland plus Sweden staying Twelve days on average.

Visitors from Denmark, Italy, Sweden plus Germany and stayed the longest on Zanzibar island with an average length of 8 nights. In general visitors that stayed long came as holiday makers, those on scientific or academic expeditions as well as volunteers.

he mentioned that poaching, International conflicts, encroachment on natural resources plus wildlife, terrorism, as well as poor quality services not matching up with the monetary value, outbreaks of diseases, inadequate land bank for different tourism investments, to name a few were identified as some of the other challenges limiting the growth of the tourism industry.