Information coming from Arusha Tanzania shows that the building of brand-new lodges on the edge of Ngorongoro Conservation Area Authority – NCAA has been putting up a big threat to the tourism industry of Tanzania, in accordance with native people residing in the region. 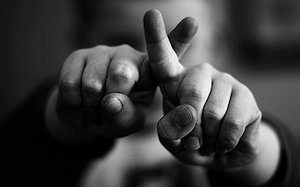 The Maasai community staying in this 55 year old wildlife sanctuary has raised the worries on Tuesday while talking to journalists in the city of Arusha, claiming that the growing quantity of investments within the conserved area is actually threatening this international Heritage Site.

When answering, the Minister for Natural Resources and Tourism for Tanzania Mr. Lazaro Nyalandu said that there aren’t any brand-new investments within the region.

We can’t allow any brand-new investment within the region, he explained, cautioning that the carrying volume of the conservation area is going to tip its level when it reaches ecological stability. He further added that the government of Tanzania has been taking actions required to ensure that the Ngorongoro conservation Area is a secure tourist destination.

He went on to say that all the investments within the Ngorongoro are properly guided by the Ngorongoro Conservation Area Authority’s General Management Plan – GMP in which there isn’t stipulation which permits investments on the edge of the crater.

In accordance with the chief conservator of NCAA Dr. Freddy Manongi, said that the management was making a great effort to make sure that the region continued to be a fantastic tourist success for Tanzania as well as the world as a whole.

The Ngorongoro has archaeological plus paleontological sites like the Nasera Rock Shelter, Olduvai Gorge, Lake Ndutu site as well as Laetoli site.

UNESCO put up a “red flag” against the Ngorongoro Conservation Area In 2009, as they were threatening to take it off the World Heritage Sites’ list, because of what was referred to as ecological deterioration within the area.

in 1959, When NCAA was being set up it had a total population of only 10,000 Maasai people however in 2009, Fifty years later the number had increased to more than 66,000 and in that year’s specific census within that division, the number has reached 87,000.