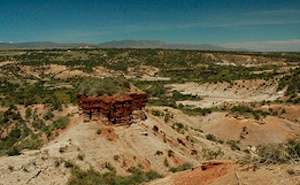 Tanzania has reported a 7 % increase in the volume of tourist arrivals coming from the US as a lot more Americans remain attracted by the international renowned natural wonders in this East African country.

A report from the President of Bradford Group found in the US Karen Hoffman, shows that more Americans are including Tanzania on their ‘bucket list’ as the overall tourism in the U . S keeps growing.

she added that as representative in the United States, she wish to convey appreciation to the Tanzania Tourist Board – TTB since TTB publicized a 7 % rise in visitors coming from the US (from 65,110 back in 2012 to 2013’s 69,671), making America the second biggest tourism market globally for Tanzania.

Hoffman, who is as well the TTB representative in the United States and Chanel LeMond mentioned that the rise is the consequence of the great work of their marketing initiatives in America. She added that Tanzania will continue to acquire more reservations from US travelers exhibiting their interest to check out a number of parks in the country.

She mentioned the North American market including US, Canada plus Mexico showed a rise of 7.3 % From 2012’s 84,639 to 2013’s 90,819. Tanzania has demonstrated a stable increase in the number of visitors internationally in the last 5 years, having attained its benchmark of one million visitors in 2012 the very first time since records were kept.

Mr. Lazaro S. Nyalandu the minister of Natural Resources & Tourism said that The rise in tourism is as a result of a number of factors; the higher airlift from US, the significantly improved infrastructure, as well as brand-new luxury accommodations in Tanzania that have drawn a growing number of celebrities and Hollywood A-listers like Angelina Jolie, Oprah Winfrey as well as Brad Pitt.

Devota Mdachi the Acting Managing Director of TTB said that the swiftly increasing infrastructure development, along with the luxury accommodations plus increased airlift, currently allows tourists to combine a visit to the southern part to explore the hidden wildlife in Tanzania in Ruaha National Park, Selous Game Reserve and then to the north to explore the renowned Ngorongoro Crater, Serengeti and Kilimanjaro.

Fast Jet, not too long ago launched operations in Tanzania linking Dar es Salaam with Mwanza found in Lake Victoria Area plus new airports which opened up in Songwe in southern Tanzania as well as Mpanda in the west.

In addition this is simply because Tanzania, besides having 3 of the natural wonders on the planet, it considered as a really peaceful and secure destination, abundant with history plus cultural diversity.

At the moment Tanzania is the biggest East African country centered on wildlife conservation as well as sustainable tourism, with around 28 % of the land safeguarded by the government, the biggest percentage of whatever country on the planet.

It is habitat to the highest mountain on the African continent, the famous Mountain Kilimanjaro, Serengeti which is home to the yearly Great Wildebeest Migration and was referred to as the New Seventh Wonder on the planet, by the U.S At the moment and the world praised Ngorongoro Crater, also known as the “Eden of Africa” as well as the “8th Wonder of the World”, the Olduvai Gorge which is the cradle of mankind

The Selous, which is the 2nd biggest game reserve in the world; Ruaha, currently the 2nd biggest National Park on the African continent, Zanzibar’s Spice Islands; and 7 UNESCO World Heritage Sites