Ngorongoro Sopa Lodge is located on the edge of the Ngorongoro crater’s eastern side. In 1992, this lodge opened its doors to the public for tourist activity and it is situated on Lemala hill, within the volcanic highlands in Northern Tanzania. It rests are an altitude of 7800 feet above sea level. Being an International heritage, the Ngorongoro Crater is a well-known worldwide intriguing wildlife sanctuary. Resting on the fringe of a collapsed volcano, the Ngorongoro Crater, (which is an international heritage place), is frequently referred to as the 8th Wonder of the World. Sopa lodge provides the most fantastic scenery over the crater floor, which is home to numerous wildebeests, zebras, gazelles, elephants and buffalos in addition to the endangered black rhinos, leopards, lions plus cheetahs.

This lodge is fairly large with mind boggling views right from the dining area. There is a swimming pool found in front of this lodge where you can unwind as you watch the Ngorongoro crater wildlife.

Your stay at Ngorongoro Sopa Lodge will be made better by the outstanding service of their well trained welcoming staff.

Ngorongoro Sopa Lodge offers 92 rooms, and most of them present breathtaking views of the Crater. The Suites consist of centrally controlled heating radiators, in-room dining, carpets, bathrooms with bidet and hand washing basins, plus a writing table.

Usually the meals are served in the main restaurant and they are nicely prepared by their professional chef to suit their local plus intercontinental themed menu. Additionally there’s a pub plus a coffee shop offering light meals.

Once you reach the lodge you’ll be welcomed with a warm towel along with a glass of chilled juice that will definitely be suiting especially after long hours of driving.

At the reception area you will be able to enjoy the magnificent views of the crater.

The Ngorongoro Sopa lobby is amazingly huge, with a raised ceiling and a glass dome. You can at any time enjoy a cup of coffee or Tea at the coffee bar which are free for charge.

The lower lobby has broader glass doors, which open to the breezy verandah, presenting views over the lodge’s pool. In the comfort of this verandah you can enjoy cocktails, as you watch the breathtaking sight of the sunset faraway beyond the horizon.

The rondvale shaped restaurant having a towering roof with large glass windows offers views of the crater. When observed from inside the ceiling seems like the inside of an umbrella.

The menus offered here are really varied and when dinning you will also have an opportunity to try out a number of African traditional dishes.

Facilities and Activities at Sopa Lodge: 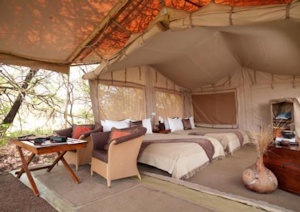 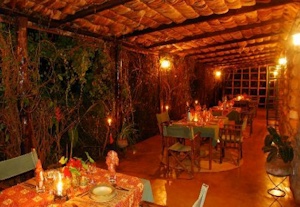 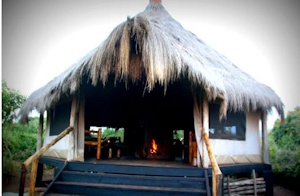