When one talks about Rwanda, the first thing that comes to the minds of the tourists is the Gorilla trekking that is the top activity that is participated in by all tourists. Gorilla trekking tours in Rwanda are the epitome of a safari in the country. Gorillas are some of the endangered species that in the world and inn Rwanda they are found in the Volcanoes National Park.  Once you decide to go for

, you will have to brace yourself because the Mountain Gorillas love being in high altitude places which makes it hard for some tourists to trek up the steep slopes but when you have prepared enough, you will be able to complete the trek with the help of a tour guide. 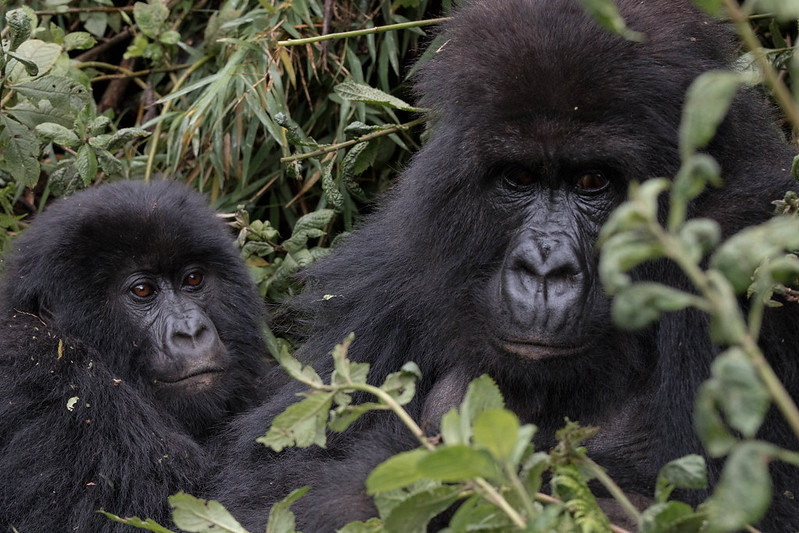 After many years in the Volcanoes national Park, Dian Fossey was killed by poachers who had come to the Park to kill the gorillas and she was buried within the park. Her grave can be seen by all tourists who visit the national park and after her death, the Dian Fossey foundation was set up and this has helped in sheltering the gorilla Mountains till today.

is done in groups and these groups always have a maximum of eight people and these are taken around the Park for trekking at the different intervals that take about two hours each so that there is ample time for each of the tourists also get a chance to see these primates.

What should I take for a Gorilla trek in Rwanda?

What should I expect from the Gorilla trekking in Rwanda?

There is a lot for you to expect from this trip especially the unique sight of the endangered species of the Mountain Gorillas, the vast vegetation in the National Park and not forgetting the feature where tourists who are in wheel chairs can also participate in the trekking. There was an introduction of Sedan chairs where the disabled tourists sit and they are carried by potters all the way through the trekking process.

Note that the Sedan chairs and potters carrying the tourists comes at an extra cost and it is very expensive but all the money that you will spend will be worth it. You will have to pay the potters for carrying you around and this cost will not be part of the fee that you will have to pay to access the Volcanoes National Park for Gorilla trekking.

What is the cost of Gorilla trekking permits in Rwanda?

Gorilla trekking in Rwanda is a little bit high with the permits going for 1500 US Dollars per person. However it keeps on changing and although it might cause a toll on your pocket, the money spent on the permit will be worth it and it will be one of the best experiences that you will have while on trip to Rwanda.

How many Gorilla families are in Rwanda?

Mountain Gorillas in Rwanda are found in the volcanoes National park. They are divided into different families that are scattered around the National Park and although sometimes it is hard to find the families and groups that are always on the move. In summary, below are some of the gorilla families that you should expect to see while in Rwanda.

When it comes to the gorilla families, each one of them has a different number of members and below is a list of some of the Gorilla families in detail.

Can anyone join in the gorilla trekking in Rwanda?

There are several factors that can determine who is to participate in the gorilla trekking while in Rwanda however most of the people who are allowed to participate should be above 15 years and they should be healthy. This was put up because the older people find it a bit hard to climb up the Mountain in search of the different families that live high up the Mountain. For those that cannot go up the difficult hike, a tour guide can take you around the lower parts of the Mountain in search of other families.

What is the best time to go Gorilla trekking in Rwanda?

The best time for tourists to go for Gorilla trekking in the country is during the dry season which is experienced in the months of December to February and June to September. The trekking trails during this time are a little bit passable and not flooded and therefore you can easily go for Gorilla trekking unlike during the wet season when the hike routes flood. Since the routes are a little bit steep and a little difficult, it is better to try them out when they are not slippery.

Are there any qualifications needed for one to Gorilla trek?

No, you do not need to have prior experience in order for you to be able to participate in the Gorilla trekking in Rwanda but you will need to at least have done some physical exercises so that you are able to trek up to the top of the Mountains where some of the gorilla families stay. This is an exercise that will take a toll on you and you will need to sometimes have a walking stick in order for you to be able to take on the slippery routes. But you do not need to worry because there will always be a guide to help you out.

Is it safe for Gorilla trekking in Rwanda?

Yes, Gorilla trekking in Rwanda is extremely safe but you will also need to follow the instructions that are given to you by the tour guides so that you avoid any accidents that might come about during the trekking. But note that from the time that Gorilla trekking became a top activity in Rwanda, there have not been any accidents reported in the Volcanoes National Park.

Where Else To See The Mountain Gorillas Of Africa?

You can see the African gorillas when you take on