The Ngorongoro crater is situated 180 km west of the tourist capital of Arusha town in northern Tanzania. The conservation area is found on the floor of the East African Rift Valley. ‘Ngorongoro’ is a local Masai word that was given to theMaasai warriors that went into the highlands to battle their enemies. In 1979, the Ngorongoro together with its encompassing region was announced a UNESCO World heritage. The conservation area extends over an expanse of 8,288 sq km. It is a very large area that includes bushes, the Olduvai Gorge, scrubs, Ngorongoro Crater, forests as well as highland plains. 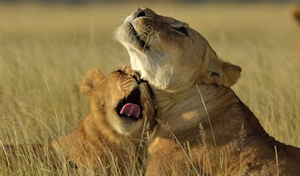 region was conserved to safeguard the animals plus vegetation. The legendary discovery of ancient human fossils by Dr. Leakey was actually within this area. In accordance with the fossils found by the Leakeys, they showed that early man resided in this area about three million years back. A large number of people have since resided within this area. However hunters were the initial people to actually settle here and then came the herders. Later on, the Mbulu people settled in this area followed by the renowned Datoonga people. These two groups were however kicked out by the Masai people following a long battle. At present, the Masai people are neighbors and the sole people permitted to graze their livestock within this conservation area.

The Ngorongoro crater (which iis a volcanic caldera) was uniquely formed following the explosion of a huge volcano that later collapsed by itself nearly three million years back. The crater that covers an expanse of 260 sq km is 610m deep. It’s believed to have initially been bigger than Mountain Kilimanjaro prior to its collapsing.

The Ngorongoro crater is the perfect place to view wildlife across Tanzania. Its swamps plus the alkaline Lake Magadi including the encompassing forest are a perfect habitat to its approximately 40,000 animals among which are: wildebeests, zebras, Thomson gazelles, elephants, hippos, lions, cape buffaloes as well as the jackals. This is a great place to see the uncommon black rhino.

In addition it is a paradise for bird watchers particularly close to the swamps and Lake Magadi. Some of the commonly seen Bird species in this area include geese, kori bustards, ostrich, secretary birds, crowned cranes, eagles, herons as well as flamingos.

There are numerous springs that drain into this lake Magadi throughout the rainy season for example Lerai, Ngoitokitok plus the Munge stream. These streams are a source of water to the different wild animals, the livestock as well as the Masai communities. The Wild animals stay inside the crater throughout the wet season. During the dry season when there is little grass, they shift out of the crater looking for greener pastures.

The discovery of fossils by Dr.Leakey is obvious evidence that the area is the most ancient site where the hominoids lived across the planet. The main attractions here are the crater, wild animals, the Oldivai Gorge in addition to the stunning highlands. Among the tourist activities enjoyed here include photographing, game viewing as well as hiking. It’s also possible to visit the Masai residential areas where you’ll be entertained with their traditional dances, songs and tales as you even learn more about their culture.