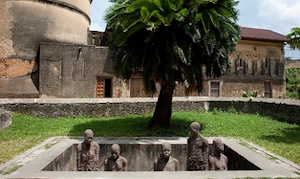 As Zanzibar improves law enforcement operations, community policing, as well as the utilization of Integrated Mobile Electronic System – CCTV, the Islands recorded nearly 209 criminal acts within the tourism industry in the financial year of 2011/12.

Ms. Amina Khamis Shaaban with the Zanzibar Ministry of Finance said during a workshop to assess efforts at achieving Millennium Development Goals – MDGs that their economy is dependent upon tourism, and for that reason they should not spare any effort to maintain Zanzibar secure.

During the workshop which was held at the Zanzibar Ocean View Hotel, attendees coming from different private plus government institutions listened to Ambassador Seif Ali Iddi the Second Vice President likewise decry crime, while he cautioned that crimes such as terror attacks, would discourage tourists.

Ambassador Iddi went on to say that the latest criminal incidents, like the bomb attack that wiped out a cleric frightened several tourists because of that they have to collaborate to ensure that Zanabibar remains safe.

In accordance with Ms. Shaaban, the criminal incidents that involve foreigners are usually concentrated within tourist areas, including Matemwe coastal village that leads with Seventy one incidents, then Nungwi coastal village (with Thirty four), Bwejuu (with Twenty seven), as well as Stone town (with Twenty five) back in 2011-12.

Matemwe together with Nungwi are found in the northern part of the islands, whereas Bwejuu is found South of Unguja. The most prevalent crimes include bag-snatching, theft plus pick-pocketing in addition to other chaotic crimes against tourists. However there have likewise been some security threats including acid attacks plus bombs.

She linked the incidents to lack of enough security patrols within the tourist areas, insufficient social responsibility in the community, unemployment, increasing unlicensed tour-guides, poverty and lack of enough police stations as well as laxity inside the police force in answering to crime.

The island has been trying hard to develop the tourism industry that brings 80 % of the total foreign exchange of Zanzibar and offers over 40 % of employment to its residents.